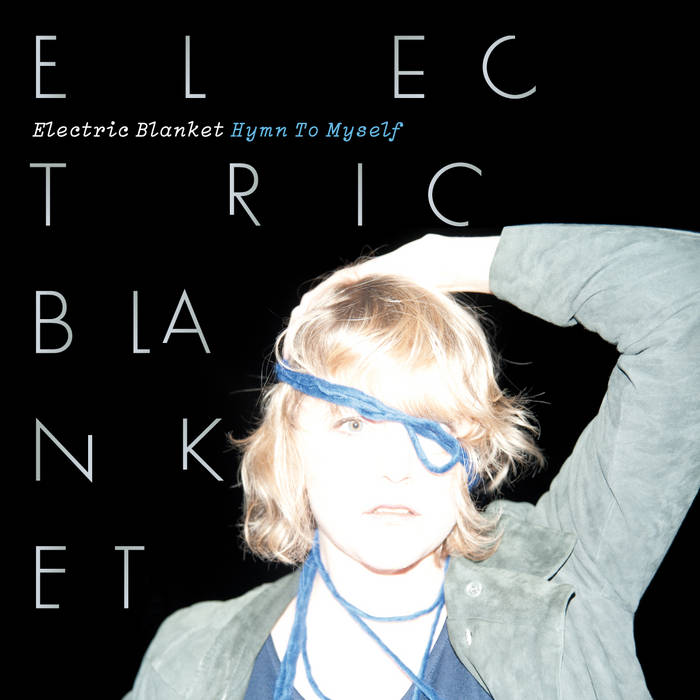 It's titled «Hymn To Myself» and it's all about having the courage to define your own life; the new and so far third album by swiss synth-pop-allies Electric Blanket. The band last had people’s ears aflutter with their album «How Much Peanut Butter» and their charming single «My Eyes My Heart». After an extensive tour Electric Blan- ket retreated into the proverbial cocoon of their studio and are now ready to break out with a new album.
Clearly, in the shadow of a successful album, a new approach can be difficult to unearth, but the band let loose and followed their intuition. As Patrick Lerjen, guitarist and musical brain of the band expressed: "Sitting down and planning out an album just doesn’t appeal to us at all – we deliberately took off flying blind, and only afterwards rubbed our eyes, took a look at all we’d written, and said - ok, and so it shall be!”
Temperature drop for Electric Blanket
What is already crystal clear in the first seconds of «Hymn To Myself» is that the warmth in this electric blanket has cooled way down. The innocent lightness of the previous album is nowhere to be found and a certain refined contemplation has taken its place. The world of «Hymn To Myself» is innately urban & uncertain. Hidden courtyards exist next to brightly lit scenes pulsating with vibrant life. Singer Helena is roaming around this city landscape with longing voice; at times vulnerable and abandoned, and other times carried on a wave of confi- dence.
The songs on «Hymn To Myself» illustrate Helena's road to independence: the title song, «Hymn To Myself» is flipping the bird to provincial life. The saucy single «City Lights» is about the magic of a fresh start in a strange city, being bombarded with unfiltered impressions where one can reinvent them self. In «Everybody But Me Made It» disillusionment sets in and independence comes with a price. «Me And My Disorders» is about the reconciliation with one's own path and a contented stillness about it.
Headstrong staging in a relaxed manner
Crisp, tight drums and sensually driven guitars provide the ground for Electric Blanket's captivating mix of alternative and synth-pop. Thereover, retro-futuristic synth-sounds compose an enchanting horizon. True to their band's name, Electric Blanket doesn’t shy away from finding comfort in unusual places: Marching drums encounter early electronic handclaps, tenor horn & chimes as Lo-fi percussion samples come and go. And the best part: The dynamic mix of instruments is never led astray - they are blended into an organic whole. Unfailin- gly, Helena's bittersweet voice and the songs themselves always play the lead role.

Stuck in New York: A song writes itself
The song «Stuck In New York» was involuntarily born, thanks to the unpronounceable exploding Eyjafjallajökull volcano that has since been named godfather of the song. After the volcanic eruption halted air travel all over the world, Helena and Patrick found themselves stuck in New York. The odyssey took them from airport camping to crashing out in a friend’s drafty hallway, and finally landed them at the legendary Chelsea hotel. Amidst the trashy charm of the infamous establishment, the song was practically written by itself.

Wuthering Heights
With «Wuthering Heights», Electric Blanket recorded their first ever cover song. Their own personal version of the mysterious Kate Bush classic from 1978 became one of those rare affairs where everything flows toge- ther effortlessly: "Actually, we just rehearsed the song as a little extra act for our festival gigs, but then we surprised ourselves by how right it felt.” As it turns out the songs' enchanted mood fits seamlessly into the emotional universe of the new album.

About Electric Blanket
Singer Helena Danis and guitarist Patrick Lerjen formed «Electric Blanket» in 2002 as an electronica-pop duo. What was at first still heavily inspired by electronica machine-music, gradually evolved into an original mix of alternative and synth-pop. Whilst Helena and Patrick continue to be the band’s heart and soul, Electric Blanket’s stage act has grown to a be 5 member show: Already brilliantly present on the last tour - Fred Bürki is on the drums and Oli Kuster is on the keyboards. Finally, Robert Aeberhard joined the band as bassist during the recording of the current album.
On prior tours, Electric Blanket has performed at numerous illustrious venues such as the «Jazz Café London», The Gurten Festival, Pop Open Stuttgart, Blue Balls Festival, Pop Up Leipzig, c / o pop Cologne, Rock Oz Arenes Avenches, and many more. With three albums, their 7'' vinyl singles and remixes for the London singer Nicolette (previously from Massive Attack, UK) and the Swiss Space-Dub Combo Filewile - Electric Blanket have already created a noteworthy buzz.
Until now, the band’s biggest success was with «My Eyes my Heart». The charming single conquered Switzerland’s radio play lists and was even chosen as one of radio station DRS3’s 2008 «Sounds! Summer Hit». The song also was played a lot on German indie stations, and it made it to #15 on the German college radio airplay charts.
Other artists such as Seelenluft and the notorious «Round Table Knights» were inspired to contribute to remixes of Electric Blanket songs.
www.electricblanket.ch

Bandcamp Daily  your guide to the world of Bandcamp